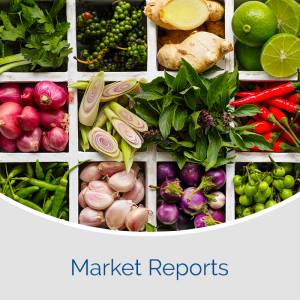 Each month at idc we aim to provide information on the fresh produce sector across the United Kingdom, Europe, and the world; we can advise and guide you, and your chefs on the market changes, product changes and seasonal trends to ensure you’re able to make an informed choice in line with your menus and budgetary requirements for your restaurants.

A report from Logistics UK (formerly the Freight Transport Association) says that 71% of UK logistics companies have experienced sharp increases in costs during the first quarter of 2022. The primary cause is the rise in the cost of diesel, although there are significant issues associated with cross border road and air freight.  This situation is unlikely to change in the near future.

With the ongoing war in Ukraine continuing to impact grain and feed prices, and the cost of living crisis affecting both retail and hospitality demand, the cost of getting food from farm to fork is likely to come under increasing pressure.

The improving weather brings better news as we see the return of some seasonal favourites, and we start with some really good Strawberry news:

The UK strawberry season began several weeks earlier than last year, due to favourable weather which also has the benefit of boosting sugars in the fruit. The sunny weather early in the year also increased the crop yield, with British strawberry volumes up 50% on last year.

More strawberries, earlier in the year and sweeter to the taste, what’s not to like?

We are now moving over to mostly Southern Hemisphere supply, and will see a reduction in the availability of oranges, easy peelers and grapefruit. South African growers are also feeling the pinch of increased transportation costs caused by delays at ports, which is affecting price and supply.

Yes, they are fruit, in fact the most popular tropical fruit for European consumers. An estimated at 861,000 tonnes are consumed in Europe per year, with France, Germany, and the UK as the main markets.

According to reports from the Tropical Fruit Congress  the boom is set to continue especially as Colombia is set to increase production and export to Europe.

Storms in Murcia have severely affected the harvest of apricots and damaged tress, just as harvesting of early season varieties was due to get underway. This is likely to cause pressure on both the supply and price of apricots.

Parsnips are reaching the end of their season and we will be relying on Spanish imports until mid-July. The shelf life will be shorter, so lower stock levels might be wise.

The UK carrot season will start again in mid-June, so we should see availability increase, with leeks expected to start from mid-June onwards, depending on the growing region.

There is a good supply of UK Cauliflower coming through, and the UK broccoli is starting to make an appearance, although the Spanish are still the dominant season for the next few weeks.

We will start to see Savoy cabbage from Norfolk coming through with Northern growers starting mid to late June, all-weather pending.

UK red and white cabbage will be finishing, and we will be using imported Dutch mainly until the new season starts in July.  The cabbages tend to be very large and less graded than the UK supply.

UK salads are coming through well now as each week passes more become available.  The quality is also better than the depleting Spanish.

UK herbs are also available, but we are still relying on Israeli, Kenyan and Spanish imports to make the volume and the varieties. 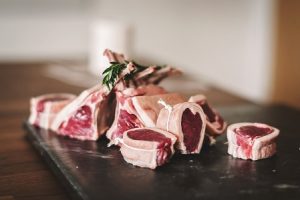 Much of the story remains the same for meat with pressure on feed prices due to the war in Ukraine, fuel prices, staff shortage and import/export issues, but there are some signs of imporvement.

Lamb prices are still higher than previous years although liveweight sheep prices on nearly all grades, apart from heavier spring lambs, stabilising as the Ramadan and Easter demand eases.

The average price for all prime cattle (steers, heifers and young bulls) sold deadweight in GB continues to increase up as much as 33p above the same period last year.

Estimated slaughter of prime cattle in GB is down 6% on last year, with some reports of plants having issues with staff shortages.

Although the situation in Ukraine continues to affect prices, the UK has axed all tariffs on goods, including poultry, entering Britain from Ukraine. This deal also includes caviar, silver and diamonds, but we tend not to feature those in our reports.

More than half of free-range egg producers are seriously considering halting production until they are paid a better price, according to a British Free Range Egg Producers Association (Bfrepa) study.

Egg producers have been hit with huge hikes in production costs. Feeding hens is now 50% more expensive and energy prices are 40% higher. Spending on fuel has grown by 30%, while labour and packaging are also dearer. 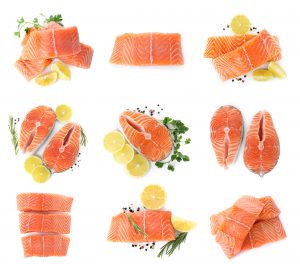 The combination of reduced processing of fish and high demand from Asia has sent salmon prices to record highs, and although some stabilisation is expected base prices will remain elevated on previous years.

According to the AHDB, milk prices are set to rise further.

The Milk to Feed Price Ratio (MFPR) – which is an indicator of the profitability of dairy farming – remains in the ‘stable’ zone, although milk production has been contracting since July 2021. It is important for continued supply that dairy farmers are able to stay in profit and pressures on margins arising from other input costs, such as fuel, fertilisers, and a shortage of labour is also driving prices up.

With global feed ingredients markets looking to be highly volatile through 2022, and likely into 2023, milk and dairy prices look set to continue to rise.

Why choose IDC?
Our Services
Market Reports
i-Curate
Contact Us